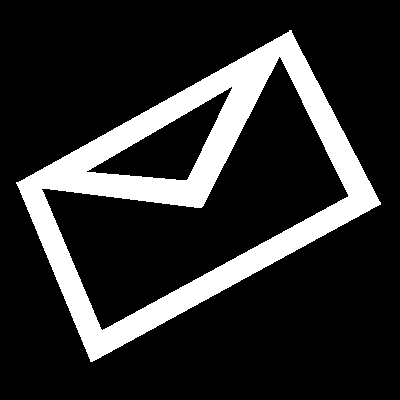 Earlier this month, we received this e-mail:

“I’m interested in learning more about the Revolutionary Anti-Imperialism Movement. I have read many RAIM articles online and think there is a lot of benefit to studying the anti-imperialist theories your group has put forward. I have worked in the student and leftist movement for several years now, and RAIM and similar groups have provided important insights to strategy and tactics as well as a broader perspective. A minority of people have expressed similar ideas to RAIM in many leftist parties of all stripes.  I’m not 100% sure what RAIM’s stance is on some issues as some articles give an anarchist feel, while the majority is more in line with the Maoism of MIM or Monkey Smashes Heaven. So I’d be interested in learning where RAIM stands ideaologicaly and towards existing party organizations. I’m currently active in [activism], and look forward to cooperating with RAIM on a theoretical level, and perhaps eventually on a political level.”

RAIM believes in the primacy of class in the development of revolutionary class struggle. Our position, which precludes questions of anarchism vs. communism, is that the First World is a reactionary, exploitative body acting against revolution and interests of the majority of humanity. As it turns out, some RAIMers are Maoist-Third Worldists. Others are anarchists. Still others are nationalists.

RAIM does not have a worked out position on our relationship with other groups or parties and does not currently maintain formal ties with other organizations. Instead, we support and stand in solidarity with all consistently anti-imperialist efforts. Regardless of pre-existing group affiliations, we encourage all individuals who shares a correct revolutionary anti-imperialist line to work under the RAIM banner.

Beyond politics, RAIM is characterized by the fact that we do semi-public work.  We have an on-the-ground presence and produce materials that have a wide range of receptibility.  Whereas many of the ideas presenting by RAIM are increasingly gaining currency the around the world and amongst Third World movements, RAIM is unique in that it is making efforts to break the First-Worldist ‘revolutionary’ monopoly directly at its source within the First World. Sometimes this happens in a friendly way, such as our independent participation in various protests and demonstrations.  Other times this challenge to First Worldism comes off a more antagonistic, such as when we openly and directly attack various positions held by First Worldists.  While it is unlikely that Third World-oriented revolutionary tendencies will overshadow First Worldism within the First World itself, it has been proven that RAIM-like groups can interject themselves into nominally leftist politics while maintaining a clear contrast between ourselves and the remainder of First World self-styled revolutionaries.

Engaging and Contributing to Revolution

At present, we are seeking to expand the stark presence we’ve created in Denver into a national and international movement. The first step for this to happen is for people to do what you’re doing now: engage in a theoretical manner with the ideas presented by RAIM.  Do our ideas make sense; do they provide a realistic template for class struggle and revolution?  If you answered yes, then you’re the type of person we want to work with.

More specifically, an expanded RAIM can only come about through the sustained, determined efforts on the part of comrades such as yourself.  What will this look like exactly?  We’re not sure.  One thing’s for certain though: creating a larger network of RAIM-like groups will involve no small degree of dedication, independent initiative and even creativity on the part of people not already directly affiliated with RAIM.  For our part, we’ve already amassed a wealth of materials, such as the RAIM Global Digest, to help kick start such efforts.  While we at RAIM-Denver are currently making efforts to reach out and expand organizationally, in the end only a conscious effort on the part of individuals and small groups can make this prospect become a reality.

As always, thanks for the inquiry. We look forward to your and other comrades’ further engagements with and contributions to the Revolutionary Anti-Imperialist Movement.

Class Today and the Struggle for a New World
A general analysis of global class structure today and its relevance in revolutionary struggle.

RAIM-D Global Digest
The newsletter of the Revolutionary Anti-Imperialist Movement. Great to print out in either single page or booklet format. This still developing RAIM project is a great way to study up on and get out the revolutionary anti-imperialist message and even contribute on in a more direct way through writing.